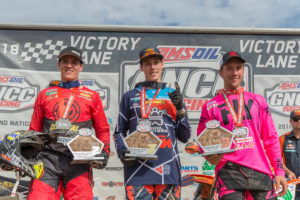 Ben Kelley took his second win in a row at The General GNCC in Washington, Georgia. Ben got off to a mid pack start and passed his way up to fifth place after the first lap. The class leaders had about a half a minute gap at that point and Ben set off to catch them. By lap 4 Ben had caught the class leader and passed a number of XC1 riders as well. The final two laps saw Ben continue his strong ride and eventually win the race by over a minute and a half. Ben’s speed and fitness has allowed him to move into the points lead in XC2 250 Pro class heading in GNCC round 4. 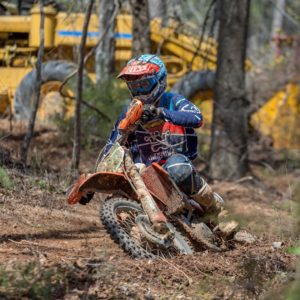 In the 250 A class team riders Simon Johnson and Owen Giese battled through a tough A250 class to claim 5th and 10th in class. Simon sits third in the series points with Owen in fourth pace after three rounds. 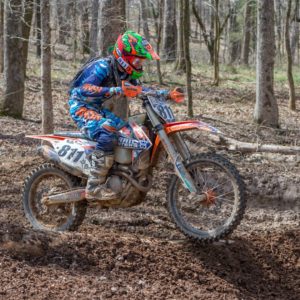