We are the Trail Jesters

Trail Jesters KTM Racing is pleased to introduce our 2019 roster of professional, amateur and youth riders that will compete at the regional, national and international level. This season we will field an expanded three professional rider roster.

Ben Kelley returns for his sixth year as a member of Trail Jesters KTM Racing. Ben is the 2018 Grand National Cross Country XC2 250 Pro champion and a solid 5th in the overall GNCC standings for the year. In his rookie year running the AMA National Enduro series Ben finished an impressive 4th overall. Ben claimed the AMA Pennsylvania State Extreme Enduro championship by winning “Tough like RORR” becoming the first ever repeat winner of the event. Ben was a member of the AMA U.S. ISDE Junior World Trophy Team that finished second at Six Days in Chile. For 2019 Ben will defend his GNCC title racing a factory prepared KTM 250 XC-F in the XC2 250 Pro class and will return to New England to contest the JDay Offload GP series in Pro class. Kelley will compete in select Extreme Enduros (Tough like RORR and Tennessee Knockout) aboard a KTM 300 XC-W TPI.

Jesse Ansley joins the team coming off a stellar year winning the GNCC XC3 125 Pro/Am championship and the AMA National Enduro AA class championship. Jesse is a multi time national champion at many levels of youth and amateur racing. Jesse will ride a KTM 125 SX as he looks to defend his GNCC XC3 125 Pro/Am title and will also go after the Full Gas Sprint Enduro Pro2 championship in 2019.

Johnny Girroir joins the team coming off his rookie GNCC series year where he landed two XC2 podiums in 2018. For 2019 Girroir will race a KTM 250 XC-F in the GNCC XC2 250 Pro class. Johnny will also race a 450 XC-F in the IXCR series Pro class. Johnny will race under the MCS/Trail Jesters/KTM Racing banner. The collaboration of Rod Marshall’s MCS team and Trail Jesters brings together proven rider management and resources in support of this rising star in offroad racing.

The 2019 Trail Jesters KTM Racing team will have a four-rider amateur and youth roster. All riders are New England stand outs.

Taylor Johnston returns for her fourth year as a member of Trail Jesters KTM Racing. In 2018 Taylor was the runner up in her first year racing the JDay Offroad GP Women’s series. In her first ever extreme enduro event Taylor emerged as the 2018 “Tough like RORR” Women’s Champion. Taylor was the 2016 & 2017 JDay Offroad Sprint Enduro Women’s Champion and in the past wrote herself into New England record books becoming the first women ever to earn promotion to B class in NETRA Hare Scrambles. Taylor will ride a 250 XC-W TPI in JDay Offroad GP and other select events.

Simon Johnson returns for his third year as a member of Trail Jesters KTM Racing. In his rookie year running at the national level in the GNCC series Simon took 3rd place 250A class and 29th overall. Simon also landed on the Amateur overall podium twice in 2018. Simon will ride a KTM 250 XC-F in GNCC 250A and select NETRA and ECEA events.

Owen Giese returns for his third year as a member of Trail Jesters KTM Racing. Owen placed fifth in 2018 GNCC 250A and 34th overall. Owen is product of the NETRA offroad community and is now looking to make his mark at the national level. Owen will ride a KTM 250 XC-F in GNCC 250A and NETRA Hare Scrambles series.

“Expanding our KTM based program and growing our GNCC presence and impact is what 2019 will be all about“, said Ross Mauri, founder of Trail Jesters. “This is the sixth year for Trail Jesters Racing and we have high expectations for rider development and success at all levels.” 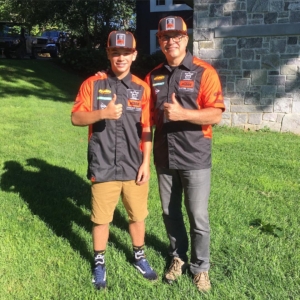 Our full 2019 offload racing team will be announced in November.

Ben Kelley was on fire at the Rattlesnake National Enduro round 6 held in Cross Fork, Pennsylvania. Ben surprised everyone with a fast start to the day taking second place overall on the short 3 mile test 1. He then continued to battle for a podium spot throughout the next three tests. Heading into the final test 6 (test 5 was canceled) Ben was sitting in third place overall and down 2 seconds to fellow KTM rider Stu Baylor. Ben’s charge saw him ride to the test win by 17 seconds and to secure a personal best second overall for the day. Ben heads in to round seven of the National Enduro series sitting in third place in championship points. 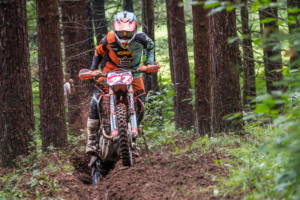 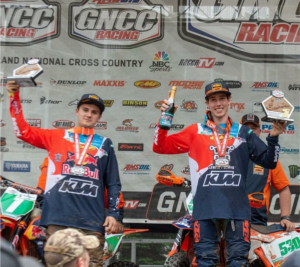 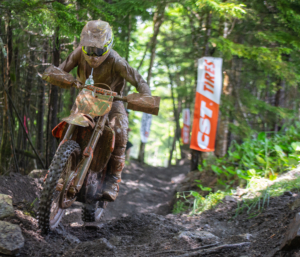 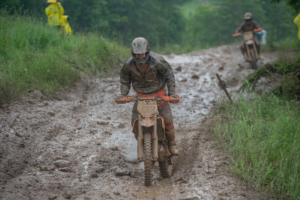 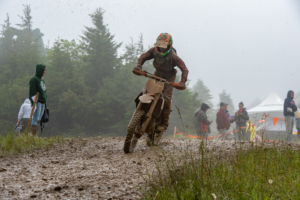 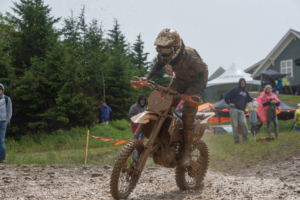 Chris hails from Crown Point, Indiana and was a long time professional offroad racer riding for both Honda and KTM before retiring from full time racing in 2017. Chris is now doing R&D work for KTM, in the commercial real estate business and riding for fun when he can. Chris had many successes throughout his professional career including multiple XC1 podiums at Snowshoe, WV. So it is quite fitting that Chris announce his return to the sport he loves and that he will ride select GNCC events in the XC3 125 ProAm class beginning at the upcoming Snowshoe GNCC on June 20.

“I’m elated to do some summer time racing with the Trail Jesters crew this year. I’ve been having more fun than ever riding my dirt bike after officially retiring from XC1 and full-time racing in 2017, which is really what sparked this whole idea. To be able to partner up with the Trail Jesters team at these events on a 125 is really icing on the cake. Ross and the whole crew have a passion for racing that I think is easily lost by many and I’m so fortunate and humbled to go racing and burn some premix with such a great group.” said Chris Bach “And I never raced XC2, let alone a 125, so I’m excited to experience GNCC racing in a new light on the small bore offering from KTM.” 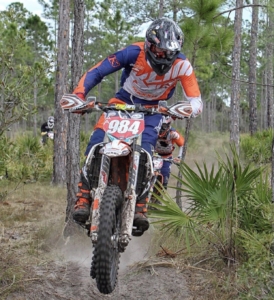 Also of note and very fitting to this next phase of racing for Chris is that he will run the number 133 on his bike in honor of the late Dale Cooke.

“Two stroke fever has swept the nation and we couldn’t help but get caught up in the excitement and resurgence of racing these popular machines. After talking to Chris it was an easy decision to broaden our focus and support a great rider that wanted to get back into the sport he loves.” said Ross Mauri, the founder of Trail Jesters.

Thank you to KTM, FMF Racing, Motorex, and Edelmann’s Sales in Troy, NY for their continued support.

Johnny Girroir with the double this past weekend.