We are the Trail Jesters 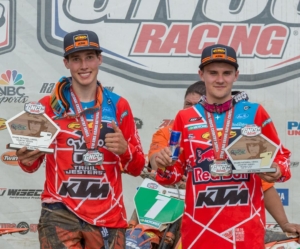 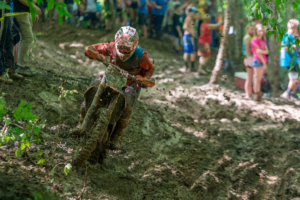 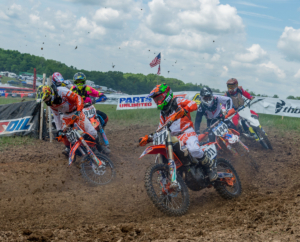 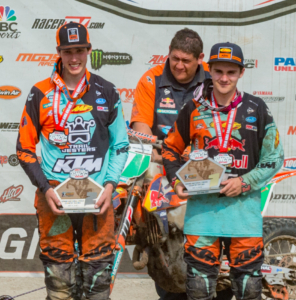 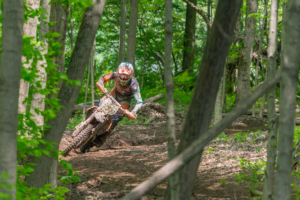 Ben Kelley got off to a slow start at Dragon Back National Enduro round 4 in Arrington, VA. But by test 3 Ben started to pick up his pace and with the final two tests moved up to 5th in NE Pro1 class and the overall. 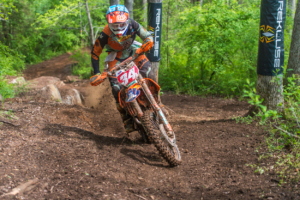 Kelley: “I felt like I rode good in the last two tests. I was just not aggressive enough in the beginning so I was just off pace.” 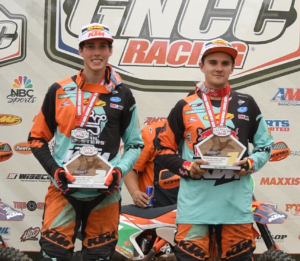 Round 5 didn’t begin too well for Ben as he and another rider came together and went down in the second corner. After a good dirt sample Ben remounted and got going again albeit dead last in class. When he came around the first lap Ben was in 14th place in XC2 and more than a minute off the class leaders. Ben went to work and moved steadily up through the field until taking over the second spot by the half way point in the race … but still more than a minute behind race leader FMF KTM Factory Racing’s Josh Toth. As the race progressed over the rough and dusty course Ben charged on his factory prepared FMF KTM 250 XC-F to finish second in XC2 250 Pro class by 12 seconds and his pace also landed him seventh overall for the day. 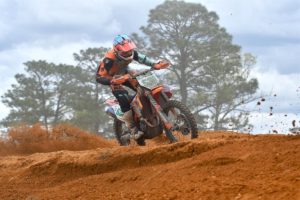 In the 250 A class Simon Johnson worked his way from 12th in class after the first lap up to fourth place at the finish. While Owen Giese took 5th in 250 A class. Simon and Owen ride FMF equipped KTM 250 XC-F bikes from Edelmann Sales in Troy, New York.

Simon is currently in third place for the 250 A series points with Owen in fourth place after five rounds. 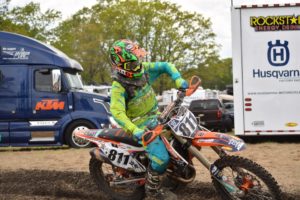 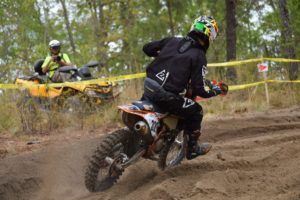 Ben Kelley takes 4th overall at Red Fox National Enduro round 3 in Lynnville, IN. The rain soaked and super muddy single track made for tough enduro conditions … just the way it should be. Ben had solid 4th place test scores but in test5 got stuck for a bit and found the ground too many times. Ben sits in 3rd place National Enduro NE Pro1 championship series points heading into round 4. 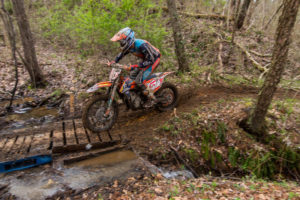 Kelley: “It went ok, I rode decent. I think I could have rode a lot better but I was sick all week with a stomach bug so I couldn’t eat or drink water. I was really low on energy.”